The Oakland Odyssey have had a long and busy past month since the team introduced Mike McCoy as head coach in late August. Since that day, the Odyssey have added 49 players to the roster, yet the media team has remained silent. That ended last night, as the Odyssey held a surprise press conference in Oakland. It wasn’t to introduce franchise QB (and #1 overall pick) Cody Streveler. It wasn’t to talk about the addition of quarterback Case Keenum for the year either. Owner and general manager Jay Amado Jr. said that those press conferences will come in the coming weeks: “right now, we’re focused on doing everything we can to get better. We’ve got our staff at just about every college game, training camp, professional game, and Jack in the Box in the country, looking for players who can come in and help our team,” Amado said. “We’re going to put things together, and continue to make that our primary focus,” he added. “But to answer your question: yes, we we’ll be introducing a lot of these guys, including Cody and Case in the coming days. Today, it’s about what this team will look like–literally–on the field this year.”

The Odyssey had a group of national and local media on hand, as well as a few select fans, as they revealed the team’s color scheme, uniforms, logo, and helmets for the first time. Contrary to the departing Oakland Raiders, who since inception have had a grey, silver, and white color palette, the incoming team will feature bright colors. The home uniforms were the first to be revealed: the team will wear dark blue jersey and helmets, with a turquoise stripes and white numbers. The pants will be white, with a thick stripe in turquoise outlined by the same dark blue that the jerseys will feature. On the road, the team will wear the typical white jerseys. The pathway will see turquoise numbers and stripes outlined by blue, to go along with the dark blue pants. An alternate uniform, featuring turquoise jerseys was also revealed. 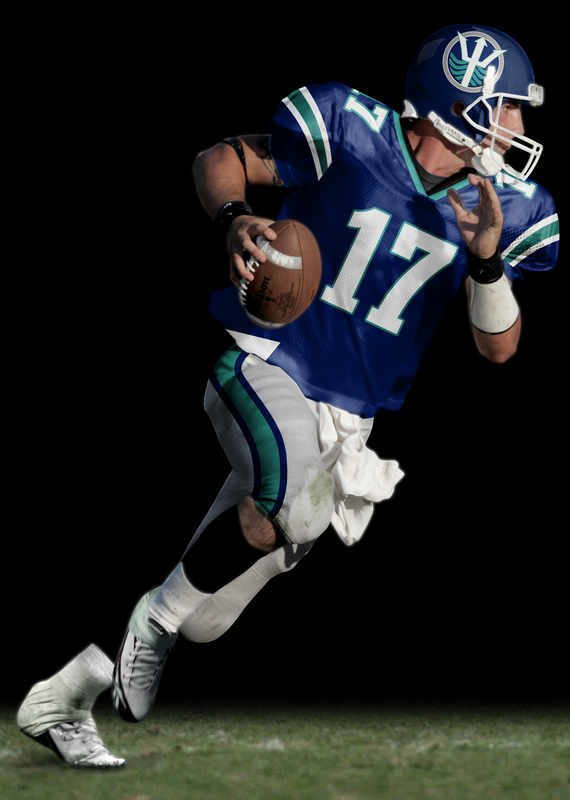 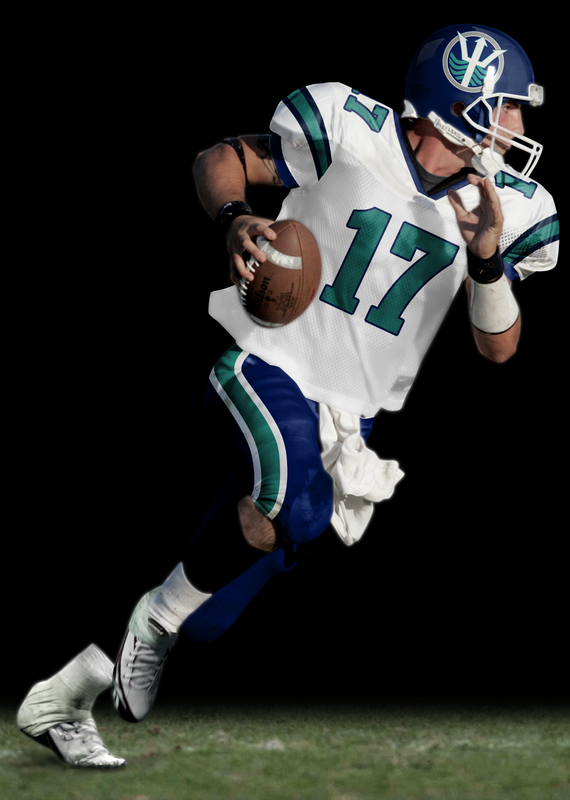 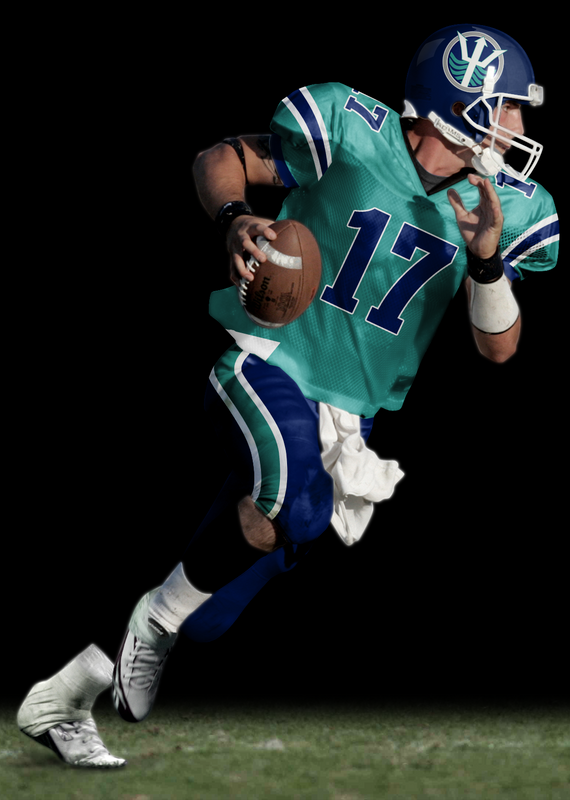 The Odyssey logo, by contrast, is a simple one with symbolism and subtlety. “The word Odyssey comes from the Homeric poem by the same name,” Amado said, when introducing the uniforms. “Odysseus the namesake of the story, and the word has come to be synonymous with adventure, overcoming obstacles, and doing whatever it takes to get back home. He represented a lot of what we want our football players to represent on the field: no quit, an ability to overcome any adversity thrown at us, and getting the job done at the end of the day. We had an odyssey of our own and it was a long shot to keep it here, but professional football will still have a home in Oakland.”